The exhibition … and Other Shades of Light at Tallinn Art Hall brings together artists Kristi Kongi and Krista Mölder. Light plays a special role in both artists’ works, which combine in a unique constellation in this exhibition. The exhibition will be open from Saturday, 18 December.

Both Kristi Kongi (b. 1985) and Krista Mölder (b. 1972) have attracted international attention and earned countless awards, and they are among the brightest ambassadors of Estonian art. Here they are together for the first time in front of their home audience.

“Colours, their flicker, variability and sensual influence play important roles in the work of both artists, with one of them preferring unworldly vibrant colours, while the other favouring subdued Nordic tones,” says Siim Preiman, the curator of the exhibition. “The trail of thought of both artists begins with a spatial experience. They both can create immersive art spaces, as well as flat hanging rectangular objects. Each visitor to the exhibition can discover for themselves whether this get-together is pleasantly harmonious or excitingly dissonant.”

Kristi Kongi has won the Young Artist Award (2011) and the Sadolin Art Award (2013) and was nominated for the Köler Prize (2016). In 2017, she was awarded the most prestigious painting prize in Estonia, the Konrad Mägi Prize. She is a lecturer at the Painting Department at the Estonian Academy of Arts and one of the artists receiving the state salary in 2022-2024. In addition to the Estonian Art Museum and Tartu Art Museum, Kongi’s works can also be found in the collections of the European Central Bank and the European Patent Office. She is a valued artist for private collectors from England, Germany and Italy to the United States and Mexico. Kongi focuses on colour, light and space, and her work often takes the form of immersive installations.

Krista Mölder has participated in exhibitions since the early 2000s and has been lecturing at the Estonian Academy of Arts since 2003. In 2016, she was nominated for the Köler Prize. Mölder has also been awarded the annual prize of the Estonian Cultural Endowment for Fine Arts and Applied Arts (2020). She is one of the founders of the Estonian Union of Photography Artists. Her works are found in the collections of Deutsche Bank and the European Central Bank, Estonian Art Museum and in many private collections in Austria, Russia, Germany, Great Britain and the United States. In 2022, Mölder will be artist in residence at the Wiels Centre for Contemporary Art in Belgium. She explores the relationship between human and the environment through clues and imagery.

“With Kongi’s installations it is unclear whether the paintings refuse to stay on canvases or whether the surrounding space invades the paintings. Everything is somewhere in between; we are in front of and inside the work at the same time. Kristi Kongi’s works, exhibited in the first two halls, are based on diary entries,” says Preiman. “Mölder, on the other hand, is driven by unwavering intuition. She often doesn’t even know what she is looking for until she finds it. In her work, time seems to have slowed down to the extreme. Mölder has been capturing birds, butterflies, and airplanes for some time. For example, model aircrafts in various states displayed in glass showcases resemble butterflies pinned to a board or bird skins collected in a drawer. Indeed, they once flew, but are now captured in a jar forever.”

The exhibition … and Other Shades of Light will be open until 6 March 2022. A tour of the exhibition with the artists and the curator will take place on 29 December at 6 pm (in Estonian)! 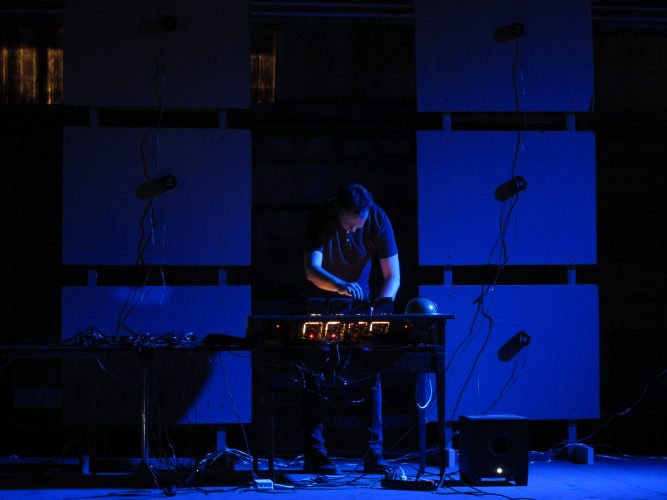