Internationally renowned artists investigate what has become of romantic passion during an era when desires are quickly satisfied. The curator of the exhibition Every Letter is a Love Letter is Marge Monko, who is primarily known as an artist.

Love is not a popular theme in contemporary art. The exhibition introduces the viewers to works that approach love from different viewpoints – through architecture, advertising, the fine arts, literature, film art, economics and politics. Here, the phrase “love letter” acts as a metaphor for various appeals and creative acts. The title of the exhibition is derived from an autobiographical novel by American writer and filmmaker Chris Kraus called I Love Dick (1997), the main character of which discovers herself through the act of writing love letters.

In their works, the artists express their feelings to their idols and colleagues, often without receiving anything in return. The viewers see the how the themes related to love and passion have been interpreted by artists with very different backgrounds. The common denominator of the works is sensuality, which appears decorously in the images, words and aesthetics.

The exhibition has been curated by artist Marge Monko, who in her work during the last few years has explored the connections between romantic discourse and decorative art. Spending the last two years in Belgium in residency at the HISK, she has had the opportunity to closely observe the work of colleagues that can be interpreted from a romantic viewpoint.

At this exhibition, love can also be viewed as communication. Marge Monko: “Love is communication that occurs in relation to others, but these means of communication can differ. In addition to love, the lack of love is also at the forefront, although it is not tragic but, based on Chris Kraus’ example, is reversed, thereby creating intellectual ties of affection rather than real ones.”

Coming from different generations and attracting international recognition, the participants include artists from Belgium, Germany and Estonia as well as Gerard Byrne from Ireland and Heman Chong from Singapore, both of whom have represented their countries at the Venice Biennale. In addition to the works of Minna Hint, Anna-Stina Treumund and Johnson&Johnson from Estonia, the works of the now departed and distinctive sculptor Anu Põder from the Tartu Art Museum are also included in the exhibition.

Marge Monko will introduce the exhibition at 3 p.m. on January 23rd (in English) when the artists will also be present; and love letters will be spoken about at 4 p.m. on February 13th. 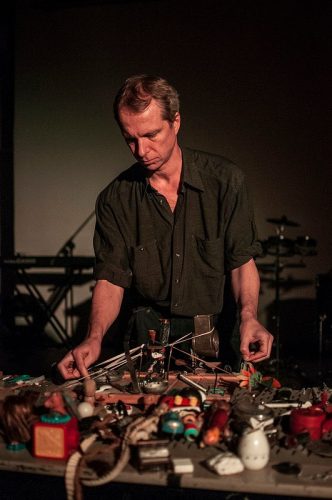