Kristi Mühling is a professional Estonian chromatic kannel player who plays several musical styles. She has premiered numerous kannel compositions both as a soloist and as a chamber musician, and is a member of the ensembles Resonabilis (founded in 2002, www.resonabilis.com) and Una Corda (founded in 2009, www.unacorda.net).

Kristi Mühling is the founder of the department teaching the chromatic kannel at the Estonian Academy of Music and Theatre and has been teaching there since the department was established in 2002. She was born in Tallinn in 1971 and began learning to play the kannel at the age of 10 at the Tallinn School of Music under Els Roode. She continued her studies at the Georg Ots Music School also in Tallinn.

In the years 1991–2000 she studied at the Sibelius Academy in Helsinki, graduating with a master’s degree as a kannel soloist (under Ritva Koistinen).Kristi Mühling is a busy performer, often appearing both as a solo artist and chamber musician in Estonia and abroad. She is dedicated to introducing, developing and promoting the Estonian chromatic kannel as an instrument that offers numerous possibilities, regularly cooperating with composers to create new repertoire for the instrument. She has premiered numerous new kannel compositions, including those by Mirjam Tally, Lauri Jõeleht, Helena Tulve, Tatyana Kozlova-Johannes, Malle Maltis, Märt-Matis Lill, Kristjan Kõrver, John Buckley (Ireland) and others.
In addition to performing with the ensembles Resonabilis (kannel, flute, vocals, cello) and Una Corda (kannel, harp, harpsichord), she participates in various musical projects. She has performed as a soloist with the Tallinn Chamber Orchestra, the Estonian National Symphony Orchestra, NYYD Ensemble as well as having participated in the Sacrum Facere project organised by the Estonian jazz musician and composer Maria Faust. In the past few years, Mühling has become fascinated with free improvisation, which offers endless possibilities for expanding the limits of kannel music. Her latest collaboration with traditional Mari singer Anna Mishina, with whom she has performed at Tallinn Music Week and the World Congress of Finno-Ugric Peoples in Lahti in 2016, is also related to improvisation.

This concert, in conjunction with the exhibition Life On the Earth and in the Country, features both compositions for kannel (Malle Maltis’ cycle Kandlekirjad (Kannel Patterns), Rene Eespere’s Murdepunkt (Breaking Point)) as well as Mühling’s own arrangements of traditional music and free improvisation. Kannel, a primeval Estonian folk instrument, has undergone enormous changes to the present day, both in terms of the construction of the instrument and its repertoire, remaining however, closely related in sound to the instrument played by our ancestors a thousand years ago. Life as constant change, turning everything upside down at times, is also the overall theme of this concert.

The SOOLO concerts are organised in collaboration with Tallinn Art Hall, under the curatorship of Robert Jürjendal.

THE ESTONIAN ARTISTS ASSOCIATION AND MAALEHT PRESENT: LIFE ON EARTH AND IN THE COUNTRY 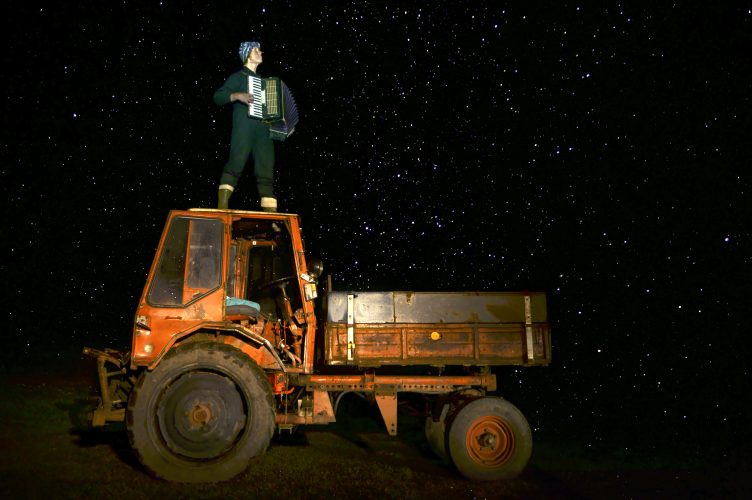