On Saturday, 9 October at 4 pm, a performance by Vala T. Foltyn, an artist participating in the exhibition What Makes Another World Possible?, will take place at Tallinn Art Hall.

A sensual howl of resistance. A queer elegy. An act of liberation. Tender witchcraft that arises from love and anger. It derives from Her personal experience of Loss. It channels the voice of transgender herstory, that often was, and still is being dismissed, erased and forgotten.

As a non-binary artist Vala T. Foltyn works with the notions of loss and death. As a queer witch she talks from her personal experiences and feelings; such as being evicted from an old villa, that was a shelter for independent queer art scene in Kraków, Poland (Lamella – The House of Queer Arts). Her story goes beyond the mere effects of power structures of neoliberal politics, corruption, precarity, or even gentrification. This experience becomes a material for performance making situated in site specific ritual – it shapeshifts and reacts to the local environment. It is choreographed to converse with the past and bring the unheard voices to the presence of contemporary discourse. For this occasion it creates small dances and witch stories that are re-enacted from Vala’s archives that include ghosts, spirits, dreams, hallucinations and also non-human creatures.

A sensual howl of resistance. A queer elegy. An act of liberation. Tender witchcraft that arises from love and anger. It derives from Her personal experience of Loss. It channels the voice of transgender herstory, that often was, and still is being dismissed, erased and forgotten.

Vala T. Foltyn is currently working on her project Witching the Unspoken at Malmö Art Academy as part of Master in Fine Arts | Artistic Research. Her research tackles the idea of queering the archives as an attempt to reclaim and redefine the relationships of power and knowledge. In this process the artist is analysing the archives by tracing the invisible, hidden and lost. It analyses and queers the remains of a century old villa located in Kraków, Poland. Since its foundation in 1907, the villa has been a site of cultural activity and an important reference for the local community of the city, as testified in its archives. This place has also been home for a queer art community (Lamella – The House of Queer Arts) for several years until the eviction in 2018.
The duration of the performance is one hour. Entrance with an exhibition ticket. Tallinn Art Hall and it’s galleries accessibility and ticket info: https://www.kunstihoone.ee/en/visitor-information/
NB! At the entrance please present one of the following certificates:
1. Certificate of having been fully vaccinated against COVID-19
2. Certificate on having contracted COVID-19 in the past
3. PCR test performed no more than 72 hours before the event (with a negative result).

What Makes Another World Possible? 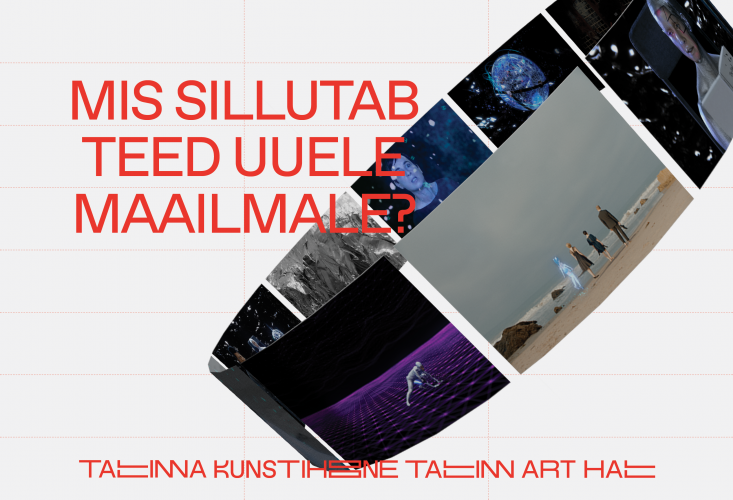