The conversation will be moderated by Corina L. Apostol, curator at Tallinn Art Hall, and artist and writer Kristaps Ancāns.

The conversation will centre around the AR interpretation of the artworks Project for the modification of a monument from the Communist era (1999, computer-assisted drawing, 28 × 21.6 cm, private collection) and Untitled Installation (Statue Dangling from a Crane) (2002, communist monument, crane) by Vitaly Komar and Alexander Melamid. The original artworks were first exhibited in the context of the exhibition Iconoclash. Beyond the Image Wars in Science, Religion and Art that took place in ZKM | Karlsruhe in 2002.

“What is to be done with monumental propaganda?” This question was posed by the Russian expatriate artists Vitaly Komar and Alexander Melamid in a call for proposals in 1992, when, after the dissolution of the Soviet Union, communist monuments suddenly became symbols of a past that was to be overwritten. Instead of exercising memory erasure, Komar and Melamid’s approach keeps history in limbo. The suspended statue depicts an ambiguous situation where it is indeterminable whether the moment refers to its erection or to its removal.

Through the use of Augmented Reality, both the literal suspension (the hanging of the statue) and the figurative suspense (the very ambiguity of the situation) is transposed into the present-day digital realm. Though invisible to the naked eye, this iconoclastic act of sculpture displacement becomes perceptible while using a hand-held mobile device.

How do we now relate to the form of these Soviet monuments, from the point of view of a generation that did not directly experience the past when these objects were created and have different perspectives and therefore relationships to it? Do we analyse their form or their function? What observations can be made about these monuments when looking from outside of their context, while living among the vestiges of the Soviet past?

The AR interpretation of Komar and Melamid’s artwork is featured in the digital re-modelling of Iconoclash and is being used as a case study within the framework of th international practice-based collaborative research project Beyond Matter. Cultural Heritage on the Verge of Virtual Reality (2019-2023).

Under the umbrella of this project, the exhibition Matter, Non-Matter, Anti-Matter. Past Exhibitions as Digital Experiences presents the digital models of two past exhibitions, where AR Statue Dangling from a Crane is on display among many other artworks at the Tallinn Art Hall from 10 November 2021 until 16 January 2022.

BIOS
Boris Groys is a philosopher, essayist, art critic, media theorist and an internationally renowned expert on the Russian avant-garde and Soviet-era art and literature. His work engages radically different traditions from French poststructuralism to modern Russian philosophy, yet it is firmly situated at the juncture of aesthetics and politics. Groys is a Global Distinguished Professor of Russian and Slavic Studies at New York University, Professor of Philosophy at The European Graduate School, and a Senior Research Fellow at the Staatliche Hochschule für Gestaltung Karlsruhe where he was previously Professor of Art History, Philosophy and Media Theory. In 2001, he was the Director of the Academy of Fine Arts Vienna, and from 2003 to 2004, he spearheaded the research program Post-Communist Condition, at the Federal Cultural Foundation of Germany. His recent book, Logic of the Collection (2021) was published by MIT Press.

Kristaps Ancāns is an artist whose practice investigates the confusion between humans, nature, and machines through a conceptual game with its own artificial intelligence. He works across media in fields of sculpture, text, installation which often contain a kinetic component. Recent projects Great Memories (sizewise) at Art Station Dubulti (2018) and what can’t we just create at Mark Rothko Art Center (2021-2022) address spatial, historical orientation and development in post-Soviet locales, from the perspective of a generation that has to take responsibility for the territory of its residence and is shaped by Soviet cultural heritage. Ancāns was awarded the Cecil Lewis Sculpture Scholarship and the Helen Scott Lidgett Award. He is the Head of the Master of Contemporary Art Program at the Estonian Academy of Arts and co-head of POST, interdisciplinary MA Program at the Art Academy of Latvia.

Corina L. Apostol is a curator at the Tallinn Art Hall and the curator of the Estonian Pavilion at the 59th Venice Biennale. She curated the Shelter Festival: Cosmopolitics, Comradeship, and the Commons at the Space for Free Arts in Helsinki (2019). She was the Mellon Fellow at Creative Time, where she co-edited Making Another World Possible: 10 Creative Time Summits, 10 Global Issues, 100 Art Projects. Between 2010-2016 she was the Dodge Curatorial Fellow at the Zimmerli Art Museum, researching, writing and curating from the Norton and Nancy Dodge Collection of Nonconformist Art from the Soviet Union. She has been longlisted for the Kandinsky Prize (2016) and the Sergey Kuryokhin Prize (2020). 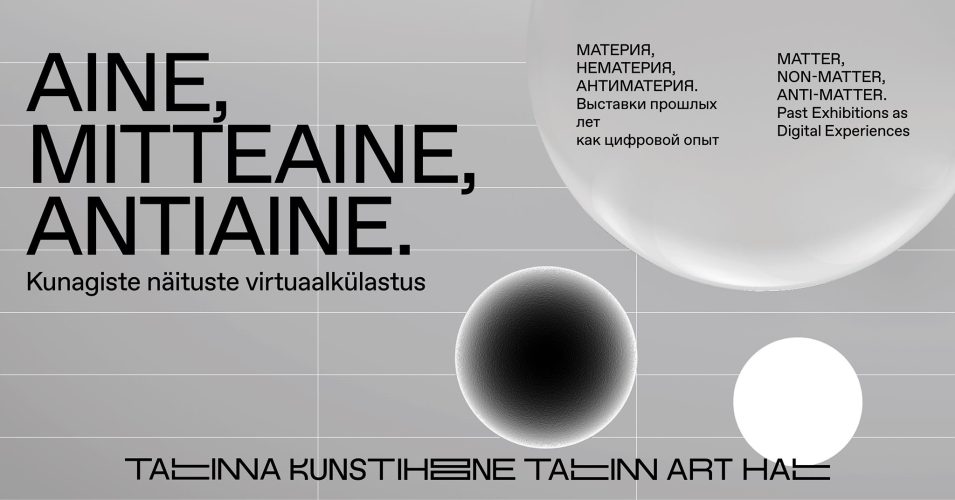