Why are middle-aged women invisible? Maria Kapajeva’s solo exhibition When the World Blows Up, I Hope to Go Down Dancing will be on display at Art Hall Gallery from 17 September. The artist addresses the social pressures that accompany women throughout their lives and looks for ways to confront them. The curator of the exhibition is Siim Preiman.

The exhibition will open on Wednesday, 16 September at 5 pm and will run until 8 November.

Traditional gender roles are often considered as predestined as the laws of nature, rather than the co-creation of society. This is exactly why they are so persistent. According to the most common stereotypes, women are expected to stay young forever on the one hand and to become mothers on the other. Such roles are reiterated in education, media and culture. But what happens if you don’t want to take on either role? And so Maria Kapajeva asks directly: “Isn’t there any other possibility?”

“The exhibition focuses on society’s expectations of women and the social invisibility that follows the age of 40. Should a woman make a decision about her life that is not in line with the traditional notion of her role in society, she may be considered selfish. In worst cases, such women could fall victim to public witch-hunts. With my new works, I wish to offer visitors the opportunity to think about these topics,” Kapajeva says, in describing her exhibition.

Curator Siim Preiman notes that Maria Kapajeva as an artist has consistently addressed the role of women in society: “The March of Life that took place in Tallinn a couple of weeks ago and the discussion that followed clearly showed that, unfortunately, stereotypical gender roles have not disappeared. Kapajeva’s exhibition is an indispensable and well-considered counter-argument to those who think that an individual’s body does not belong to them, but rather to the wider public.”

Maria Kapajeva often emphasises peripheral history in her work, focusing primarily on the depiction of women. Kapajeva holds a bachelor’s degree in photography from the University for the Creative Arts and a master’s degree from the University of Westminster. Her recent solo exhibitions include Test Shooting at CBS Digital Art Space in Copenhagen (2019), Dream is Wonderful, Yet Unclear at the Narva Art Residency (2017, curated by Liisa Kaljula) and Interiors at the Auckland Festival of Photography in New Zealand (2015).

The exhibition is part of a multi-year cycle focusing on 21st century feminism and highlighting the critical issues that women face today. The solo exhibitions of Maria Kapajeva, Flo Kasearu, Laura Kuusk and Ede Raadik focus on complex topics such as care and body politics, the impact of technology on everyday life, violence and trauma, work and poverty, and fertility and physical fading.

Many thanks to: Cultural Endowment of Estonia, Estonian Ministry of Culture, Estonian Artists’ Association, Akzo Nobel, Laznia Center for Contemporary Art. Together with the artist we would especially like to thank Natalja Kapajeva, Ula Zerek, Tomek Zerek and everyone who helped and participated in her projects.

Exhibition tour of "When the World Blows Up, I Hope to Go Down Dancing" by curator Siim Preiman and artist Maria Kapajeva 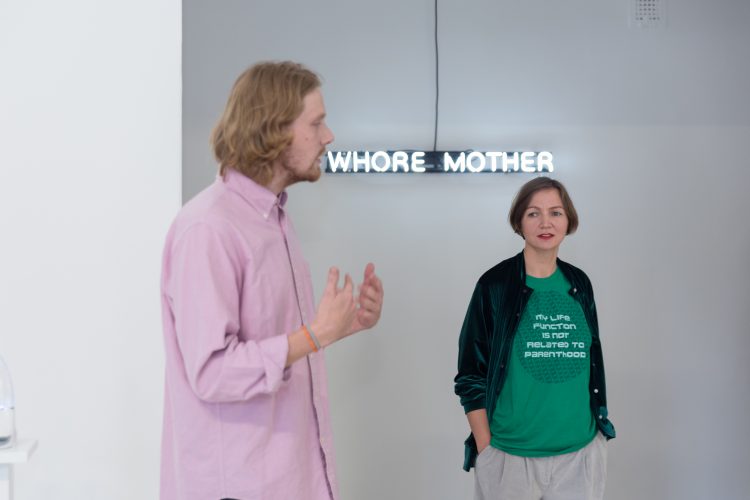 Group discussion at Maria Kapajeva’s exhibition "When the World Blows Up, I Hope to Go Down Dancing" 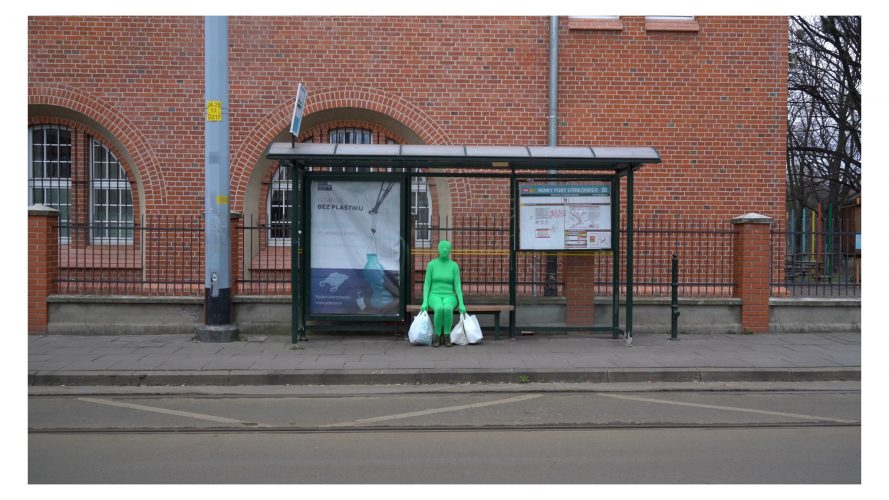