On Thursday, 5 November at 5 pm, a group discussion at Maria Kapajeva’s exhibition “When the World Blows Up, I Hope to Go Down Dancing” will be held at Tallinn Art Hall Gallery. The discussion will focus on the role expectations for women in present-day Estonia, the ways they are instilled and the possibilities to contest them. Artist Maria Kapajeva, media researcher Merike Kaunissaare and writer Maarja Kangro will discuss which kinds of women are visible in the media and culture, if and how the image of women is affected by age, and how gender expectations are intertwined with the national aspect as well as pressures related to age and achievements.

The conversation will be moderated by art historian Ingrid Ruudi and will be simultaneously interpreted into Estonian or English, depending on the language of the speaker. Free entrance, we kindly advise visitors to wear a mask at the event.

Maria Kapajeva often emphasises peripheral history in her work, focusing in particular on the depiction of women. Kapajeva holds a BA in Photography from the University for the Creative Arts and received her MA from the University of Westminster. Her recent solo exhibitions include Test Shooting at the CBS Digital Art Space in Copenhagen (2019), Dream is Wonderful, Yet Unclear at Narva Artist Residency (2017, curator Liisa Kaljula) and Interiors at the Auckland Photography Festival in New Zealand (2015).
Merike Kaunissaare is a designer who is interested in media images. She graduated as a designer from the Art Institute of Estonia (currently Estonian Academy of Arts) and defended her MSc in Media and Communication at Tartu University. She is currently working on her doctoral thesis, Exploring the Visual Signs of the Era: The Flow of Press Photography as a Carrier of Information and Attitudes (Estonian Academy of Arts), which is examining gender representation in press photography.
Maarja Kangro is a writer living in Tallinn, who has published six poetry books, several collections of short stories and two novels – The Glass Child and My Awards. She mainly writes about modern Estonian life, especially about its failures. She has also written several librettos for Estonian composers and translated texts from Italian, English, German and other languages.
Ingrid Ruudi is an architectural historian, curator and critic whose research interests include architecture and public space from the second half of the 20th century to the present day, the intersections of art and architecture, and the feminist aspects of the spatial environment. Her major curatorial projects include Gas Pipe at the Venice Architecture Biennale (2008), the urban installation festival LIFT11 (2011, with Margit Argus, Margit Aule and Maarin Ektermann) as well as research exhibitions Unbuilt. Visions of a New Society 1986–1994 (2015) and A Room of One’s Own: Feminist Questions About Architecture (2019) at the Estonian Museum of Architecture.

Maria Kapajeva. When the World Blows Up, I Hope to Go Down Dancing 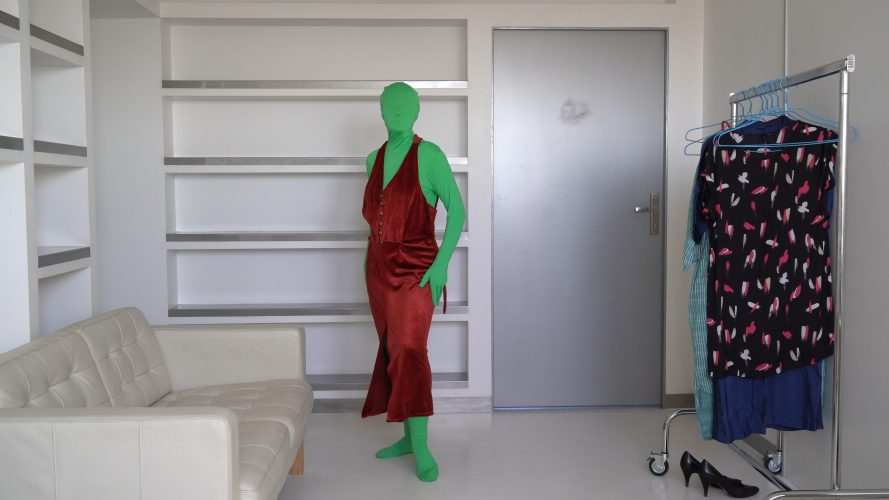