Le Bordel Synthétique, an exhibition by Olga Jürgenson, will open at Tallinn Art Hall Gallery on 2 December at 6 pm. The exhibition is part of her ongoing artistic research project on sexuality, romantic love and social relations at a time when the development of electronic communication technology has led to the “birth” of artificial intelligence (AI) that is capable of learning. Jürgenson places the viewer at the intersection of highly complex ethical, socio-sexual and philosophical issues. The curator of the exhibition is Anders Härm.

Le Bordel Synthétique touches on one of the most burning topics around posthumanism— several disruptions have fundamentally changed, or are changing, the position of humans towards nature and the universe — in our changing contemporary world. One of the starting points of the exhibition is hyper-realistic sex robots (sexbots), which began to make their mark in 2017. Since 2018, Jürgenson has consistently used the motifs of sexuality, romantic relationships and artificial intelligence in her work as a sex-positive feminist and woman. The artist’s most important sources of inspiration have been books by legendary feminist author Nancy Friday on sexuality and the sexual fantasies of both women and men, such as My Secret Garden (1973) and Men in Love (1980). Indeed, the central image of this exhibition is a sexbot with artificial intelligence reading a book by Friday in Emma’s Secret Garden, against the backdrop of a wallpaper featuring excerpts from Friday’s writings. The audience can chat with the doll to test her artificial and their own human intelligence, and take selfies with her.

Although one of the topics of the exhibition is the commodification of sexuality, the artist focuses her attention more on the motif of pleasure and erotic fantasies and everyone’s equal right to sexuality, regardless of gender, age or physical characteristics. Jürgenson does not lecture us, but rather encourages us to think about the questions presented at the exhibition as well as the accompanying questions: Do we enjoy? How do we enjoy? What do we enjoy? According to Anders Härm, the curator of the exhibition, Jürgenson’s project could also be seen as a remarkable continuation of Tallinn Art Hall’s major exhibition this summer, Modern Love (or Love in the Age of Cold Intimacies). “The exhibition prompts us to raise important questions about the relationship between humans and things and between humans and machines. This is at a time that can increasingly be described as posthumanist, and which clearly shows that both the status of humans (Anthropocene and other afflictions) and the concept of humanity may be going through one of its most dramatic changes since the triumph of humanism, individualism and Capitalism that began with the Renaissance,” says Härm.

You are welcome to the curator’s tour at the exhibition on 4 December at 1 pm. The exhibition will remain open at the Art Hall Gallery until 30 January 2022.

Olga Jürgenson is an internationally active interdisciplinary artist currently living and working in Cambridge, UK. Since graduating from Jõhvi Art School and the Ilya Repin Academy of Arts in St. Petersburg, she has participated in several important international art events. She has won several awards and scholarships, and in 2011 she was nominated for the Kandinsky Award (Moscow, Russia). Jürgenson has exhibited her works at the 56th Venice Biennale as well as Manifesta 10 in St. Petersburg, and has participated in the Liverpool, Moscow and Ural Biennials. She curated the Mauritius Pavilion at the 57th Venice Biennale and also advised on the art programme at the Pushkin House in London in 2015-2017. Olga Jürgenson has held solo exhibitions at the Hermitage in St. Petersburg, the New Hall Art Collection at Cambridge University and the Espronceda Institute of Art and Culture in Barcelona.

Anders Härm (b. 1977) is Tallinn-based art historian and curator, lecturer in contemporary art at the Institute of Art History and Visual Culture and the head of the master’s programme in curation at the Estonian Academy of Arts. He has formerly worked as a curator at Tallinn Art Hall (2002-2012) and headed the Estonian Museum of Contemporary Art in 2009-2015.

In the exhibition “Olga Jürgenson. Le Bordel Synthétique”, some works of art may not be suitable for the smallest children due to sexual content and nudity and will need explanation by adult.

Thank you for your understanding. 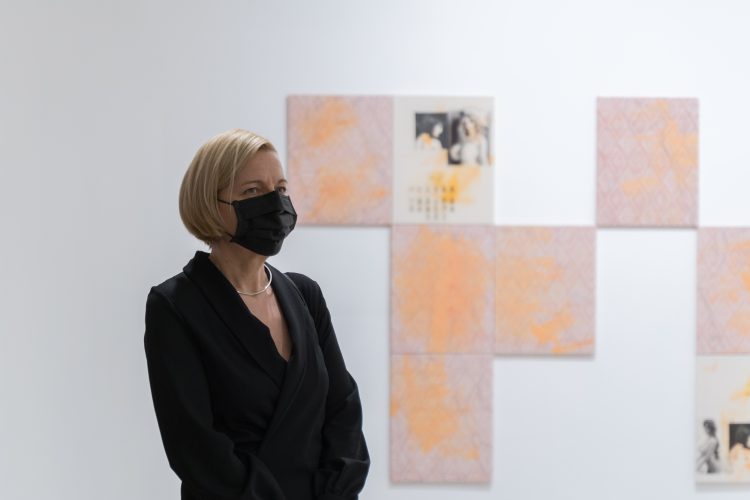