The group exhibition Pine-fulness is open at the City Gallery from 1 October. The exhibition deals with the relationship between Estonians and their natural environment. Using bitter humour and sustainable gestures, ‘Pine-fulness’ attempts to raise awareness of the impact of today’s actions on our dream future.

For years there has been a public conflict in Estonia, which the media has variously dubbed “the forest dispute”, “forest polemics” and even “the forest war”. To put it simply: on one side in this conflict are those who think that too much forest is being harvested, while on the other side are those who are in favour of the current situation. How can it be that the forest war wages on and on, with no end in sight? Aren’t Estonians supposed to be forest people?

Although the image of the forest people may seem unique to Estonians, it has in fact only taken shape in the last few decades. A national identity that values nature, combined with environmentally-friendly customs, could be one of the antidotes to an increasingly urgent ecological crisis. Unfortunately, the unwavering faith of Estonians in their own closeness to nature does not allow us to notice the real environmental problems around us.

“This exhibition, with its title borrowed from Valdur Mikita, is a collective sketch of the Estonian identity, landscape, shallow soulfulness and national greenwashing,” says Siim Preiman, the curator of the exhibition. He continues: “Although the exhibition began as a cunning comedy, following the course of Estonian nature, it has now become a desperate tragedy. Even so, art still has the potential to be somewhat of an impartial mediator in dealing with complex and controversial topics. Provided, of course, that we look beneath the surface.”

The exhibition is part of Tallinn Art Hall’s ongoing exhibition series, which pays special attention both to the possibility of being good and to ecological responsibility in conditions of certain destruction. The series is an institutional attempt to find an ethically suitable platform for dealing with burning issues. Therefore, we have excluded all single-use materials from the standard ‘toolkit’ of a contemporary art exhibition, using as few materials as possible – and only things found on site.

A curatorial tour with Siim Preiman will take place on October 2 at 12pm. The exhibition will remain open until 28 November.

Pine-fulness is part of the series of events organised by Goethe-Institut, entitled World Wild Wald.

NB! At the entrance please present one of the following certificates:
1. Certificate of having been fully vaccinated against COVID-19,
2. Certificate on having contracted COVID-19 in the past. 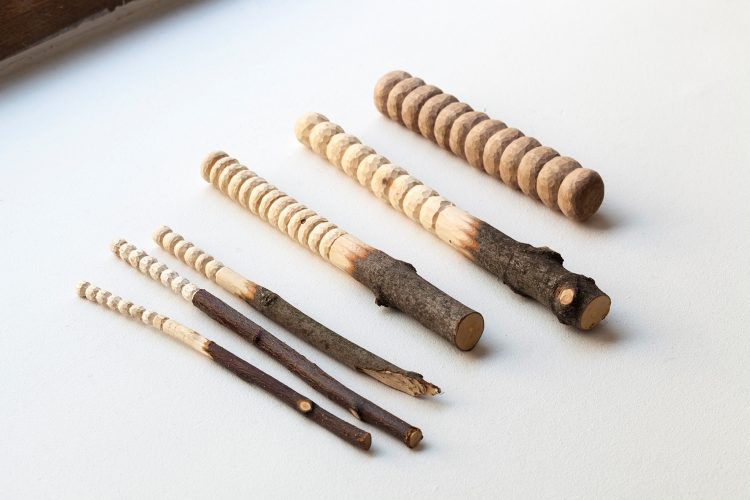