“Nogank hoparniis”, Kaido Ole’s solo show at Tallinn Art Hall, takes on life and people, the beginning and end of Estonia. The topics range from the family, entertainment and exotic animals to war, death and Baltic cooperation. Consisting of words invented by Ole himself, the title describes the feeling that results from work and creativity, one that makes acting and problem solving feel challenging and captivating.

Formally, the show builds on Ole’s exhibitions at Kumu in 2012 and the Tallinn Art Hall Gallery in 2014. While at Kumu he showed a number of still lifes with real, or realistically painted abstract, images balancing on a single wheel, at the Art Hall Gallery he combined similar objects into figures with different characters. This time, Ole is finding his way to the most complex task in academic painting, thematic figurative composition.

Kaido Ole: “As in a classical education in painting, a logical continuation of my previous work would be to produce a final masterwork, or a thematic composition with multiple figures, to finally have these people and objects live and act together in all sorts of lifelike situations. In these new works, I try, out of the pure joy of experimentation, to conjure up situations that all of us face in our daily lives – holidays with the family, various work scenes, hobbies and religion – and also those that, although rather ordinary, any sensible person prefers to avoid.”

For the Great Hall, Ole will complete two large murals, “The Beginning of Estonia” and “The End of Estonia”, which will frame the whole exhibition and the viewer. For the murals, Ole will collaborate with flutist Tarmo Johannes, who is set to compose an interactive piece especially for the exhibition hall. Each day of the exhibition, Johannes will record new material for that day: “‘Estonian Oratorio’ is therefore a large-scale musical work lasting more than a month and will keep developing, growing and changing in form with the composer during the whole time the exhibition remains open. Concentrating every day on recording the motifs for that day is like entering a prayer hall, performing a routine that repeats from one day to the next, and at the same time is like stopping within time, which keeps rushing on by.”

Outside the Art Hall itself, a stereo version of the sound installation will be available online in real time at http://tarmo.webhop.net:8000/radio

The exhibition is curated by Anneli Porri.

The exhibition will remain open until 5 February 2017.

Kaido Ole (b. 1963) lives and works in Tallinn. He studied design and painting at the Estonian Academy of Arts (1982–1992) and later worked at the academy, first teaching drawing and painting, later as professor in the department of painting (2003–2010). Ole has participated in exhibitions since 1989, and has been active as a freelance artist from 2010. Collaborating with artist Marko Mäetamm under the pseudonym John Smith, Ole represented Estonia at the 50th Venice Biennale. 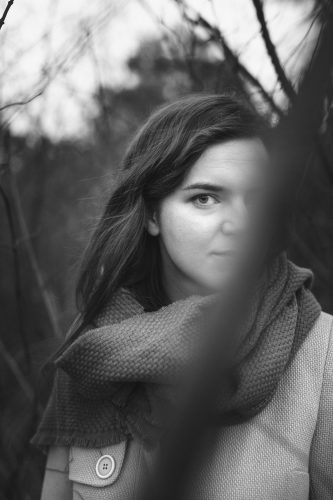 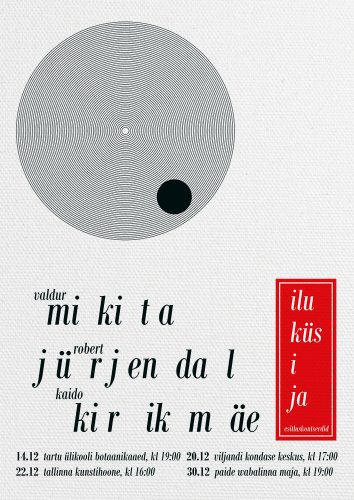